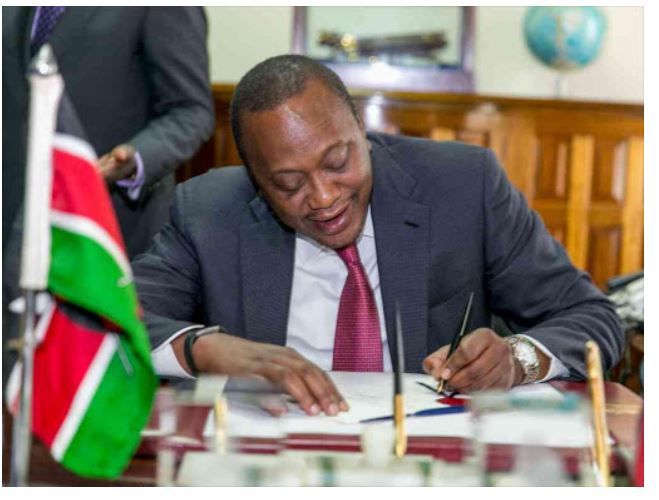 Accountants, National Treasury officials and the National Assembly’s Finance Committee are split over the proposal to repeal the interest rate cap law.

While the Institute of Certified Public Accountants of Kenya (ICPAK) are divided on whether to repeal the law or not.

A section of the committee wants the law upheld while some are in support of the Kenya Bankers Association (KBA) position, that the cap be removed as it has led to reduced lending to Small and Medium-sized Enterprises (SMEs).

This played out yesterday during a public memoranda submissions on the Finance Bill 2019 to the committee, where ICPAK called on MPs to retain the law in its original form.

The institute argued that the law has not affected banks and the banking industry which continue to report huge profits, adding that a repeal will allow banks to make “super normal” profits.

“When the law came into place, banks said they would make losses but three years later that narrative has been proved wrong. Numbers don’t lie, we have seen them continue making profits,” ICPAK’s -public finance committee chairman Philip Mwema said.

“Capping has cushioned borrowers from agreeing to interests that they would finally default,” Mwema said.

Luanda MP Chris Omulele questioned why KBA is speaking for the SMEs, accusing the bankers’ association of using the small enterprises to review the law.

“Bankers are hiding behind SMEs to review the cap so that they can go back to making these super natural profits,” Omulele said.

Kitui West MP Edith Nyenze questioned why KBA has not consulted on the rate cap removal.

Alego MP Samuel Atandi on the other hand argued that since the coming into place of the rate cap, mobile loan applications have mushroomed and are exploiting Kenyans.

Limo is in support of Gatundu South MP Moses Kuria’s proposal to have SMEs and unsecured individual borrowers allowed by law to negotiate risk-based interest rates above the normal cap.

In his proposal to the speaker of the National Assembly Justin Muturi, the legislator said the risk negotiation window should be up to six per cent above the lending cap for SMEs.

He said the final decision will either catalyze the economy or “kill” it.

“Banks can be allowed to be free to profile their customers depending on how they have been banking with them,” Limo said.

Treasury has proposed to amend the Banking (Amendment) Act, 2016 by repealing section 33B which caps lending rates by commercial banks at four percentage points above the Central Bank Rate, currently at nine per cent.

According to Treasury, the law has starved micro, small and medium enterprises (MSMEs) of credit with the loan books of small banks becoming smaller.

The Central Bank of Kenya (CBK) however last month reported private sector credit grew by 5.2 percent in the 12 months to June, compared to 4.4 per cent in May.

According to Njoroge, strong growth in credit to the private sector was observed in manufacturing (11.4 per cent) consumer durable (21.3 per cent) and private households (7.6 per cent).

“Private sector credit growth is expected to continue to strengthen in the remainder of 2019, partly due to the roll out of innovative, bank-initiated credit products targeting Micro Small and Medium Enterprises,” Njoroge said.