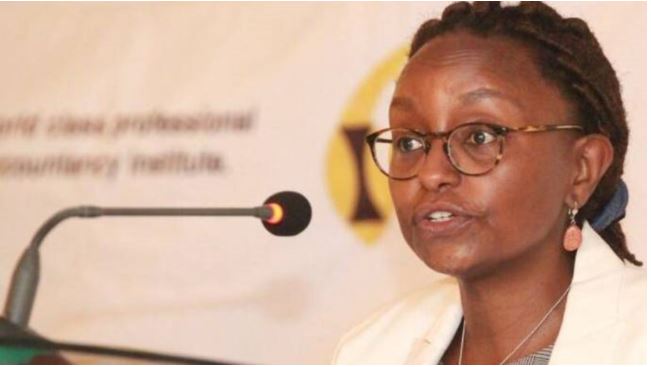 The Institute of Certified Public Accountants of Kenya ICPAK has asked the government to establish the authenticity of the public debt register.

According to the institute, government sources and foreign lenders such as the World Bank have continued to give conflicting statistics of Kenya’s debt situation.

ICPAK notes that the public is not sure of the accuracy and completeness of the debt register saying the National Treasury and Central Bank of Kenya have conflicting statistics on the same.

“The Auditor-General in its Report for the Financial Year 2017/18 pointed out misstatements and differences between the financial statements and the confirmed balances.

While speaking at the sidelines of the 37th annual seminar in a Mombasa hotel on Thursday, the ICPAK Chair Rose Mwaura said in the past few years, public expenditure has been growing at a faster pace than revenue.

She says “The major outcome has been large budget deficits, leading to additional borrowing annually close to Kshs 1 Trillion. There is a need to rationalize the expenditure,”

The chair also wants the government to cut wasteful expenditure, increase the efficiency of spending, and free up resources that can be redirected to where they are most needed to combat the crisis and protect livelihoods.

The chair says in the forthcoming 2021/2022 budget estimates which is about to be presented in the house in June contains a proposal to spend ksh3.63 Trillion.

The allocation to the consolidated fund services is 1.3 trillion and county governments have been allocated ksh370 Billion excluding conditional grants.

She says “the country’s revenue collection has consistently remained at Ksh 1.5 and Ksh 1.6 Trillion over the last few years,”

The institute lashed out at the government on claims of failing to develop a clear mechanism for those implicated with looting public resources.

According to the institute, this has led to massive graft in government entities calling on stiff measures to curb the vice.

She however says the government has not put up a clear mechanism of prosecuting looters of public resources.

The institute says the country cannot always rely on foreign countries to provide the vaccine despite a surge of the same.

She wants the government to provide a conducive business environment to small and medium enterprises to encourage local investors.

In ensuring a food secure country and a thrive in the agriculture sector, the chair insists on value addition and manufacturing.

She also asked the government to cut back on wasteful spending and recommended the implementation of the budgets monitoring reports.

The institute further lauded Kenya revenue for the introduction of technology in collecting taxes amongst Kenyans.