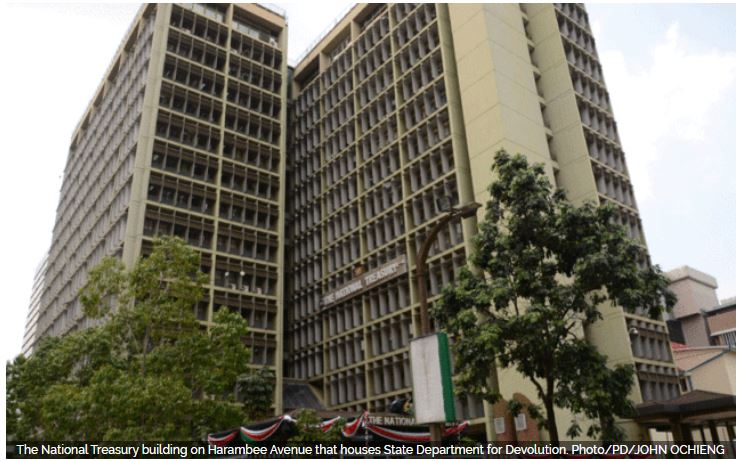 Governors and devolution stakeholders are excited with the proposition to increase the budgetary allocation to the devolved units from 15 per cent to 35 per cent.

It will be a shot in the arm for the counties that have been hailed as a solution to marginalisation and development.

However, the maxim to whom much is given much is expected rings true as the proponents of the proposal seek votes to have it enacted as the law.

And while the country has focused more on how much has been allocated many people have not turned the spotlight on how much the units generate.

Known as own source revenue, this refers to money generated by individual counties from sources such as property rates, entertainment taxes and other taxes authorised by an Act of Parliament.

It was expected that by giving the devolved units cash directly, they would use the funds to create synergies that would then spur growth and boost collections.

However, the units have performed poorly in generating own source revenue for the past six years.

County Budget Implementation Review reports by the Controller of Budget since 2013/14 financial year consistently show underperformance in actual revenue collection and most of them being below the target figures.

In total, county governments generated Sh35.7 billion, which represents 65.2 per cent of their set annual target of Sh54.9 billion: A big decrease compared to the Sh40.30 billion the devolved units generated in 2018/19.

A report by accountants released yesterday points to when the rain started beating us.

Despite the clear signs of construction, commerce and a growing robust business climate in most counties, it seems there is a stalemate in the value chain.

As the discussion towards increasing funds from Treasury continues, it is time to identify the potential barriers and opportunities in realising revenue-raising potential.

While at it, it would make economic sense to investigate pilferage on the one hand and capacity constraints on the other as major hindrances that have led to low revenue collection. A critical look at spending money at source will also go a long way to enhancing collections.