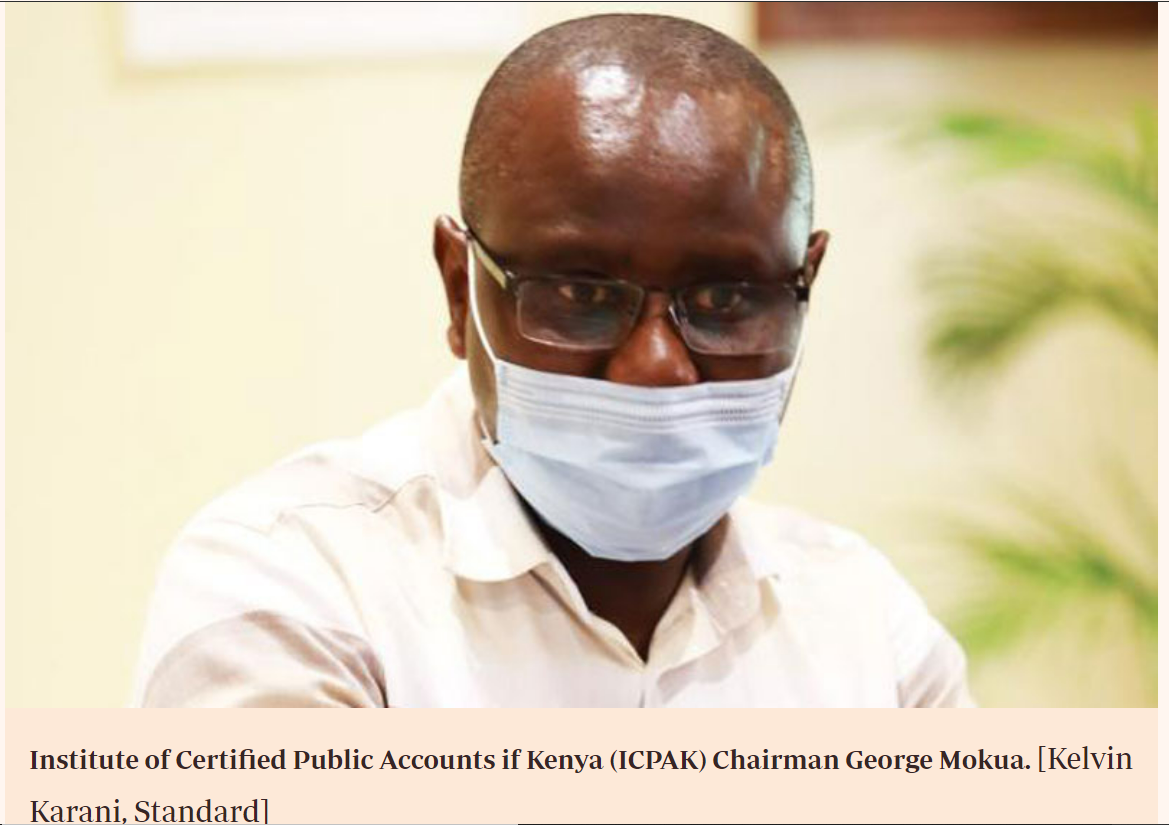 The Institute of Certified Public Accountants (Icpak) wants the government to take responsibility for the recurring economic decline every election cycle.

The accountants’ lobby said the government should address the “root causes” of the dip even as the country prepares to go into elections in August.

Icpak Chairman George Mokua said statistics and trends have demonstrated that before, during, and post-election, the economy is likely to perform dismally.

Mr. Mokua cited Kenya National Bureau of Statistics (KNBS) records where the gross domestic product (GDP) was 3.8 percent in 2001 but later dipped to 0.2 percent in 2002 –during an election year- and picked again to 2.9 percent in 2003.

“This observation is consistent and corroborates the dismal projection of GDP growth for the coming election year,” Mokua said during an economic symposium also attended by National Treasury Principal Secretary Julius Muia on Wednesday.

He said the fluctuating performance of the economy should be handled from the root cause.

One way would be early preparedness for the election that grants public confidence in the electoral process, hence reducing anxiety and uncertainty.

Mokua said as the National Treasury prepares to submit the budget estimates to Parliament, consideration should be made to ensure sufficient funding to the Independent Electoral and Boundaries Commission and all organs directly involved with elections.