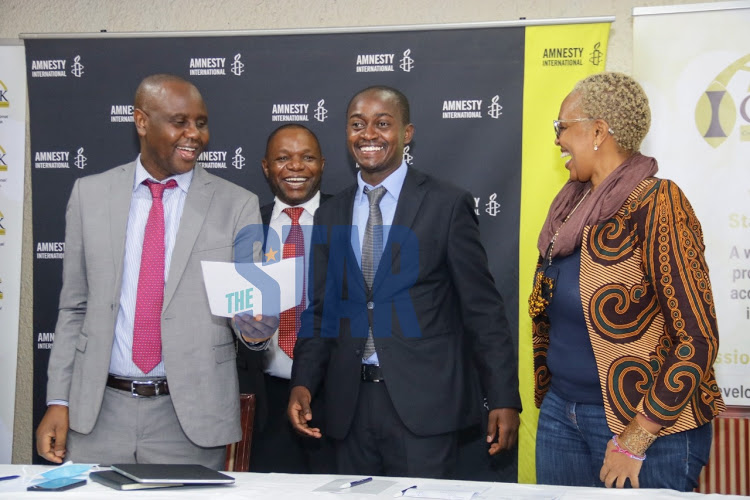 Sankale was the Chief Finance Officer at Maasai Mara University who exposed the graft in the institution in 2019.

Speaking to the press on Tuesday, the lobby groups condemned Sankale’s dismissal by the university council.

“We call on the Ministry of Education to probe further, and should the allegations be proven true, strongly consider immediately disbanding the University Council based on their incompetence in the implementation of their oversight mandate,” the lobby groups said.

This comes a few days after Sankale Ololchike, famed for whistleblowing on the graft at the institution through the ‘Mara Heist’ exposé on Citizen TV, was sacked.

A letter seen by the Star said Sankale was sacked for sustained insolence to his employer.

Other charges include; Sustained cyberbullying, malicious misrepresentation of his employer, libel and defamation falsely maligning the image and reputation of the university.

Others include; Sustained disregard of university standards and procedures, sustained incitement of university staff, and the public against his employer, gross insubordination and failure to act in the best interest of the university.

The expose showed how the then University Vice-Chancellor Mary Walingo was at the centre of an alleged scandal that saw the institution lose millions of shillings.