Waive taxes for businesses to save economy, Uhuru told. 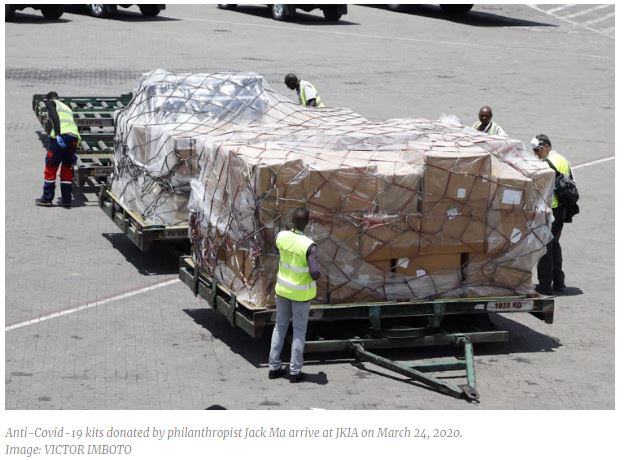 Accountants have outlined a raft of measures to President Uhuru Kenyatta to save the economy from the shocks of Covid-19.

The Institute of Public Accountants–Kenya (ICPAK) wants the Jubilee administration to waive taxes for businesses, free up development cash, and review the revenue share to counties.

The body wants the National Treasury to sponsor a Covid-19 Stimulus Bill, 2020, as a legal basis for the funds mop-up. This is to occasion amendments to the VAT Act, the Income Tax Act, the Tax Procedures Act and the Banking Act.

To raise cash for the stimulus package, ICPAK wants the government to seek a moratorium on service of national debt due to China and other development partners. It wants this to last during the pandemic and six months after it is contained so that the cash is directed to protecting the local economy.

President Uhuru Kenyatta, in his first address to the nation on the virus, said there would be a stimulus package for traders hurt by the crisis.

ICPAK, in a public notice, further wants the state to defer payment of Sh18.34 billion pending bills owed by the counties and Sh370 million owed by state agencies.

“The government should ensure any debt collection efforts by lenders or auction are suspended for three months or until the pending balances are cleared.”

On freeing up unspent amounts, it says the county and national governments will have to review their overall budget estimates downwards.

“They should revise their development budget to free up unspent budgeted funds meant for development projects,” the notice reads.

They want development budget for remaining months of April, May, June revised and ongoing procurement halted. They have also suggested the revise of the development budget estimates for 2020-21 so it can take into consideration the reduced revenue targets.

The National Treasury and Parliament will also have to revise the equitable share due to counties appropriately. And to cushion businesses, it wants the government to offer tax concessions for a short period to help affected businesses maintain reasonable cashflow.

Based on the foregoing, the accountants have recommended the deferral of the corporate return balance taxes due by April 30 to July 30 effective containment of the virus. This is for companies whose accounting years end on December 31, which they also want to be spared payment of first and second tax instalments.

ICPAK wants these deferred for three months to July 20 and October 20, considering businesses with accounting ending on other dates.

The accountants further want the Credit Reference Bureau banned from lowing consumer credit scores as well as other agencies banned from collecting consumer debts, including medical bills, through repossession of assets.

In benefits to Helb loanees, the institute is pushing for a six-month moratorium on repayment of loans due. It further wants unpaid income tax and returns owed by KRA to be paid immediately without further delays. This should be especially for repeat claimants with low risk of default, the notice reads.

ICPAK seeks to have companies get a break from remitting PAYE during the Covid-19 period and the same be factored as payable on actual salaries paid and not on accrued salaries. It wants Kenyans given until September 30 to file tax returns “to allow individuals conserve cash for operations and daily needs”.

“Push the date of final tax balances to September 30 and also waive 50 per cent of PAYE due for employees who are on unpaid leave to provide them disposal income,” it said.

To support SMEs, the government will have to suspend consumer and small business loan payments for three months and extend the moratorium on interest payments to all loans and credit notes by eliminating debt payments for the duration of the crisis so SMEs can “weather the crisis”.

ICPAK is also pushing for a Covid-19 loan scheme for affected businesses, institutions, and persons. It wants the National Treasury to provide part of the Sh7.5 billion from the demonetisation plan to cater to these groups.

“Make available guaranteed interest-free business loans to those directly affected by the pandemic with a six months moratorium,” it says.

“The loans to be strictly used to pay salaries to workers and other fixed overheads during the period in a structure determined by the National Treasury.”

The government has also been urged to extend guaranteed loan credits to employed persons directly affected by layoffs or unpaid leave. The credit should be equivalent to three months salary to repay or recovered by employers through the check-off system, the institute said.

Also proposed are grants for businesses, especially those owned by women, youths and persons with living disabilities, as well as tax rebates for small businesses.