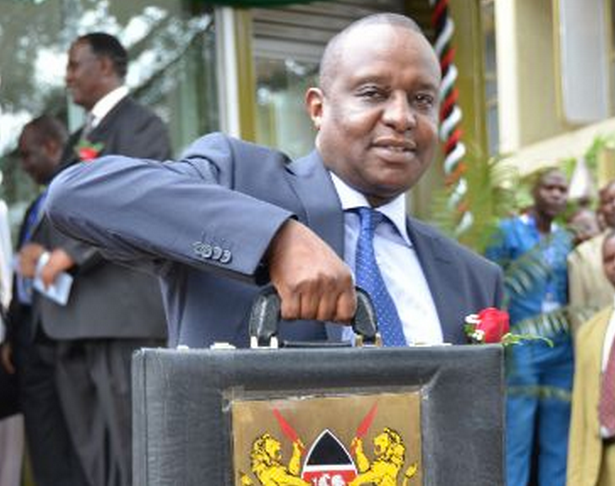 National Treasury Cabinet secretary Henry Rotich has allayed fears over the growing public debt, saying the level is sustainable. While speaking at the23rd economic symposium of the Institute of Certified Accountants of Kenya (ICPAK),

the CS assured there is no need for concern over the external borrowing ceiling which was last year raised from Sh1.3 trillion to Sh2.5 trillion.

He said while the total debt increase is equivalent to 43.1 per cent of gross domestic product (GDP), Kenya is well above the 74 per cent mark set by the International Monetary Fund for all medium performing countries.

“The debt we have is sustainable over the next 30 years and the interest rates we have borrowed against ensure the country will not land in an insolvent position,” said Rotich. Kenya’s total external debt has nearly doubled in the last four years, a report released by Treasury this week has disclosed.

According to the Quarterly Economic and Budgetary Review Report, whereas in June 2011 external debt was estimated at Sh722.8 billion, it increased to Sh1.3 trillion by June 2014—an 80 per cent rise.

Over the same period, domestic debt encountered mixed performance of decline and growth. In 2011, for instance, the debt was estimated to be Sh764 billion, which shot up to Sh858 billion in 2012, then dropped back to Sh830 million in 2013.

Ongoing projects It then increased to Sh1.05 trillion in 2014 and is expected to hit Sh1.2 trillion in 2015. Rotich further said the debt will meet the cost of the country’s infrastructure development, which will go a long way in increasing GDP in the second Medium Term Plan, 2013-2017.

“The money has been borrowed to finance the Sh327 billion Standard Gauge Railway, 10,000 kilometre road annuity programme, the 5,000-plus megawatt electricity project as well as fund ongoing projects under Lappset and irrigation,” he said.