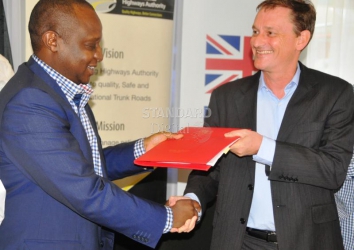 practitioners in addition to experts drawn from the accounting profession. ICPAK Chairman Benson Okundi said auditors will be dealt with if the new Accountant Amendment Bill 2015 currently under consultation is passed in Parliament. He said the new tough laws are informed by increasing cases of professional misconduct among accountants. Okundi said accountants will find it difficult to operate in the local market once the bill is enacted into law. “We have proposed radical changes in the accountancy profession with a view of ensuring client concerns are well attended to. As players in the industry we have been accused of unethical conduct. We are currently refining the Bill before handing it over to the National Treasury in March this year,” said Mr Okundi. DISCIPLINARY CASES Shareholders accuse ICPAK of failure to discipline those violating accountancy principles. The tribunal will replace ICPAK’s current disciplinary committee. Currently, the committee relies on the provisions of sections 30, 32 and 33 of the Accountants Act to handle the cases. “In the last two years, the committee has dealt with more than 20 disciplinary cases and where appropriate, disciplinary measures were taken as prescribed by the Accountants Act,” he said. He said, currently, there are six active cases under investigation. Rashid Mohamed, a board member of the institute said over and above punishing individual accountants the same will be extended to transaction advisers.