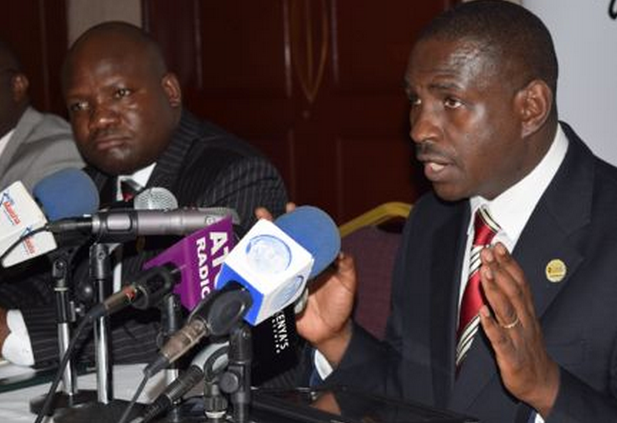 Certified Public Accountants of Kenya (ICPAK) yesterday weighed in on the row pitting the tax collector against stockbrokers regarding responsibility to collect the levy that became effective January 1, saying its implementation should not stir controversy.

ICPAK council member Rashid Mohamed said the levy is just a small percentage of taxes agents such as companies collect, including withholding tax and Pay As You Earn. “KRA should be the appointing authority of which agent is to collect the levy on its behalf,” said Mohamed. Last month, stockbrokers claimed they must first be authorised as collecting agents through a gazette notice before they start making collecting CGT.

But KRA, in reaction to the development, warned agents would be liable if they fail to remit the tax on sale and transfer of shares they handle, citing the Eighth Schedule of the Income Tax Act, which states it is the responsibility of stockbrokers to collect and account for CGT.

The tax, that was suspended three decades ago before being reintroduced in this year’s budget, charges five per cent of gains on property, bonds and stocks transactions.

National Treasury re-introduced CGT to enable the government meet its Sh1.1 trillion tax collection target to fund increased infrastructure and social projects. However, ICPAK chairman Benson Okundi cautioned KRA over the model of implementation it will adopt, saying the strategy should be one that will prevent a slowdown in the real estate sector.

“Consultation with various stakeholders is still needed for effective implementation of the law. CGT should be simpler and clear,” said Okundi. KRA commissioner-general John Njiraini had earlier said the authority is committed to continue with intensive engagements with capital market players to address pending concerns that have elicited a tough debate.

“We have issued the revised guidelines to capital markets regulator, Nairobi Securities Exchange (NSE) and stockbrokers for clarity. Any uncertainty will be ironed out in the coming days,” he said.

Meanwhile, ICPAK will introduce an Accountants Amendment Bill to tighten its fight against increased cases of misconduct in the profession.

The bill seeking to bring in significant changes to the current law will also see audit firms charged Sh5 million or five per cent of their turnover, whichever is higher, for misconduct. Licenses could also be revoked while individual auditors will attract up to 10 years in jail.